The fragility of the familiar: How Boris Johnson exposed the tenuous nature of the UK Constitution

“Life happens when you are busy making plans”, John Lennon once said.

To his chagrin, Boris Johnson, who was counting on winning a third term (despite only being two years into his first), realized that Lennon certainly had a point there. What we witnessed in frenzied television reports from London was both the normality and the abnormality of politics. In watching a Prime Minister who had secured a landslide victory in the 2019 general election being unceremoniously forced out of office, observers could be forgiven for mistaking the events of the last 72 hours for a well-written episode of the hit Netflix show House of Cards. Instead, it was the House of Commons – and 10, Downing Street, which will now see its fourth occupant in six years, ever since the fateful morning of 24 June 2016. That was the day when then-Prime Minister David Cameron, shellshocked after having led the Remain option to defeat in the national referendum on the United Kingdom’s continuation of its European Union membership, announced his resignation. He was swiftly succeeded by his Home Secretary Theresa May, who promptly lost Cameron’s thin parliamentary majority in an ill-advised early general election in 2017 and was effectively drummed out of office after failing to have the EU/UK Withdrawal Agreement ratified by a divided Parliament in 2019. Her successor was Johnson, who will now leave office after a drastic decline in popularity following credible accusations of moral turpitude in the wake of the Partygate affair, his failure to tell the truth before his parliamentary colleagues, and his refusal to read the proverbial room as his Conservative Party’s reputation took a steep nosedive.

However, whilst the political dimension of the end of Mr Johnson’s time as Prime Minister is certainly interesting, what is equally intriguing (if not more so, from the standpoint of constitutional law) are the implications and consequences of Mr Johnson’s conduct for the United Kingdom’s unwritten constitution. After all, the United Kingdom takes great pride in being the cradle of parliamentary democracy, with the model having been replicated by a range of countries, many of them in the Commonwealth – including Australia, Canada and India, to name just three.  The short-lived Johnson premiership has revealed fissures in the system, but also demonstrated the informal checks and balances that exist in Westminster democracies. Turning to the fissures first, it has emerged rather clearly that a system centred on the existence of constitutional norms is only as good as the intentions of the political stakeholders involved. If placed in the wrong hands, traditional avenues of governance, asserted through vestigial executive powers, can become detrimental for both the legitimacy and the potential viability of democratic self-government (even if this does not have to be terminal in nature).

The United Kingdom’s uncodified constitution heavily relies on the force of historical precedent and the unwritten rules of how specific situations should be handled. This specifically applies to the exercise of the royal prerogative powers, originally wielded by the respective King or Queen, but now employed by Her Majesty’s Government. This applies to the power to wage war (even though the practice in this regard has been changed by recent parliamentary votes sought by Prime Ministers Blair and Cameron to seek authorization for (envisaged) military action in Iraq and Syria, respectively), the power to dissolve Parliament (especially now that the Fixed-Term Parliaments Act 2011 has been repealed and the status quo ante in this regard restored), the power to appoint the Cabinet (even though formally, Cabinet members are all appointed “at the pleasure of Her Majesty”), the power to accede to and withdraw from international treaties (though this has been qualified rather substantially by the R v Miller judgment of the Supreme Court), as well as the power to award honours and confer pardons. The existence of a range of prerogative powers is emblematic for the existence of a wider set of unwritten rules about the appropriate behaviour of political actors: for instance, a Minister of the Crown (including the Prime Minister) is expected to resign in case he or she misleads Parliament. Another unwritten rule (which is similar to other parliamentary systems) is that the Queen will traditionally appoint the leader of the largest party in the House of Commons as Prime Minister. Another unwritten rule concerns the relationship between the Queen and the Prime Minister – whilst all actions are carried out on Her Majesty’s behalf, it is the Prime Minister who advises her – advice that she is constitutionally bound to follow. Of course, tied into this constitutional relationship is the fact that the Queen will give her assent to any piece of legislation enacted by Parliament (the last time assent was refused was in 1707).

However, because there are no codified rules in this regard, the system is susceptible to become subject to severe strain when the Prime Minister happens to be entirely amoral and devoid of ethical concerns. It is safe to say that Mr Johnson’s term of office tested all these conventions right to the end. Despite being proven to have misled Parliament (and conceding that he did so), he refused to resign his position. He suspended Parliament in 2019 to subvert the parliamentary scrutiny of the country’s withdrawal from the European Union – only to essentially have the prorogation declared illegal by the Supreme Court, with the latter clarifying that Her Majesty’s Government misled the Queen. In response, after the 2019 election, Her Majesty’s Government contemplated curtailing the judicial review powers of the Supreme Court. The repeal of the Fixed-Term Parliaments Act 2011 has expanded the powers of the Prime Minister through allowing him or her to call an election at any time – unlike, say, in Germany, there are no constitutional restrictions on the circumstances in which a dissolution of Parliament can be advised. Even once Mr Johnson had been fined for the breach of coronavirus rules against private gatherings, he refused to resign.

In the maelstrom of this state of affairs, reliance had to be placed in the self-cleansing potential of the British political system. With the Conservative Party commanding a healthy majority (358-284) in the House of Commons, the possibility of a parliamentary no-confidence motion was effectively a non-starter. Consequently, it is the Conservative Party itself that needed to turn against its own leader. Mr Johnson survived an internal no-confidence motion in his leadership of the Conservative Party (contested among all Conservative MPs) in June, but was severely damaged (211-148). However, historical precedent from the UK, but also countries like Australia shows that once a sitting leader has been damaged through a substantive enough level of internal opposition, their political downfall will be hastened by the time a second challenge comes around (see Hawke/Keating 1991, Gillard/Rudd 2013, Abbott/Turnbull 2015, Dutton/Turnbull/Morrison 2019 for examples of leadership spills in Australian political parties). Whilst Johnson was protected from a further internal no-confidence motion for 12 months, the political pressure kept mounting – and, in the end, it was a succession of resignations in the Cabinet, as well as the wider Government, that led to the Prime Minister’s announcement that he will resign. However, if you thought that the matter is settled with that, you are wrong. Typically (as was the case with Messrs Wilson, Blair, Cameron, as well as Mrs Thatcher and Mrs May), an outgoing Prime Minister stays on as a caretaker until such time that their party has chosen a new leader and (as per the tenets of the UK’s parliamentary system) putative successor. However, distrust in Mr Johnson among his own Conservative MPs is so high that many of them are unwilling to countenance him staying on as a caretaker for another few weeks. His resignation was precipitated by a slew of sharply worded, vitriolic resignation letters by dozens of Conservative Party government members, all of whom outlined their loss of the trust in Mr Johnson’s capacity to lead. His own Attorney General, whilst staying in post, has declared her intention to run for the Conservative Party leadership, whilst the Home Secretary, the Defence Secretary and the newly appointed Chancellor of the Exchequer are on record as no longer having faith in Mr Johnson – and only staying on in order to enable the smooth operation of these sensitive departments.

Constitutionally, the interesting question is whether Queen Elizabeth II would remain bound by the advice of a Prime Minister who has effectively lost the trust of his party, his parliamentary colleagues and his country. This could certainly be surmised when bearing the events of the last few weeks and months in mind. What would the Queen do if at some point during the caretaker period, Mr Johnson decides to stress-test his powers and seeks a dissolution of the House of Commons (for example, because he does not like his likely successor) or seeks to suspend Parliament (for example, to fend off a parliamentary motion of no-confidence, as done by Canadian Prime Minister Stephen Harper in 2008)? What if Mr Johnson decided to involve UK military forces in military action abroad? Whilst unlikely, it is somewhat concerning that there are no entrenched rules in this regard – and that these lacunae can potentially be abused by a much more intelligent, less brazenly (outwardly) unethical Prime Minister in the future. This is compounded by the UK’s First Past the Post electoral system, which is aimed at generating stable majority governments in the House of Commons, as well as the broad authority Prime Ministers typically enjoy as leaders of the very parties that command a majority in said House of Commons.

Yes, the self-correction powers of the British political system have done their job, but barely. Usually, Prime Ministers swiftly concede when they lose support within their political party. Mr Johnson appeared determined to hold out like a squatter (something he famously accused former Prime Minister Gordon Brown of) in 10, Downing Street. For all his failings, his greatest favour to the public in the United Kingdom may have been to demonstrate the fragility of that nation’s constitutional arrangement. 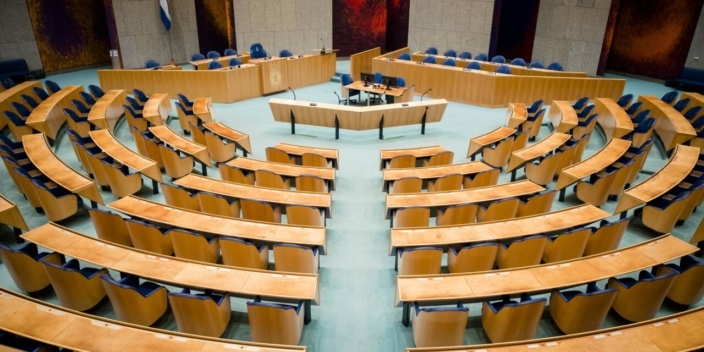 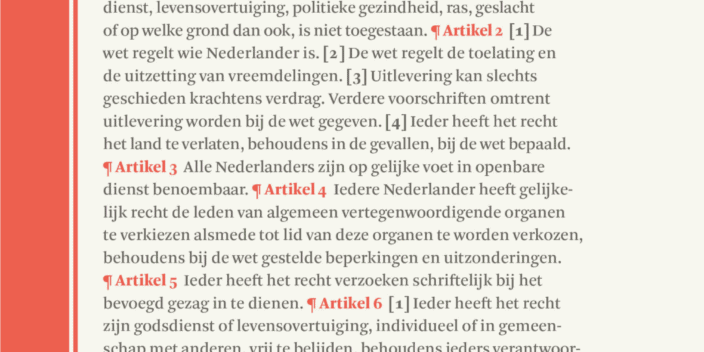 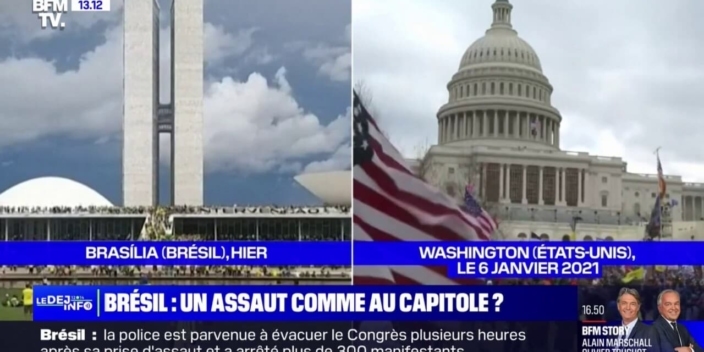