Sex in the constitution

“The mother is a woman; the father is a man,” a most recent amendment to the Hungarian Constitution declares. Other constitutional norms define marriage as the “union of one man and one woman” and family as an institution “based on marriage or the relationship between parents and children.” The family is “the basis of the survival of the nation.” The constitutional list of fundamental rights includes “children’s right to their identity in line with their sex at birth” and their “right to education according to our country’s constitutional identity and system of values based on Christian culture.”

In this way, the Hungarian Constitution favors heterosexuality over LGBTQ+, different-sex couples over same-sex couples, and marriage based unions over civil partnerships. The constitutional list of grounds protected against discrimination is also affected by that ideology. The non-discrimination clause covers neither sexual orientation nor gender identity and neither parental nor marital status. Based on the constitutional provisions, the parliament has passed several anti-LGBT laws, including the latest one that conflates homosexuality with pedophilia, bans LGBT content in schools, TV shows, films, and requires publishers to put disclaimers on its books with such content. Many critics say that the Constitution takes a traditional, conservative stance on sex, marriage and family, which is more in line with Hungarian identity and national sovereignty than the rival, inclusive approaches. Respectfully, I disagree.

First, this is not a constitutional tradition but a new invention. The founding documents of constitutionalism and fundamental rights say nothing about sexual orientation or behavior. At the beginning of the modern constitutional era, there were divergent statutory laws rather than constitutional norms against consensual sodomy, interracial sex, obscene behavior or language. Typically, judges had the task of interpreting the abstract constitutional clauses when confronting with cases regarding sex discrimination or sexual behavior like same-sex activity, contraception, abortion or sexually explicit materials. Well-known names of petitioners, such as Henrietta Edwards and Emily Murphy in Canada, Estelle Griswold, John Lawrence, or James Obergefell in the United States, or, from the case-law of the European Court of Human Rights, João Manuel Salgueiro da Silva Mouta, Siegmund Karner, and many others all over the world can demonstrate this trend. If we want to identify a powerful tradition that governs sex and sexuality in constitutional law, we find the judicial and legislative extension of liberty and equality rights.

Consider same-sex partnership. On both state and international levels, key legal bodies contributed to, first, the decriminalization of homosexual activities of adults in mutual consent; second, the equalization of the age of consent, regardless of sexual orientation; and third, the introduction of various legal forms of civil partnership with property rights, pension benefits, parental responsibility, and others. As it stands in 2021, half of the EU Member States grant equal legal status by acknowledging same-sex marriage. By contrast, the constitutional ban on same-sex marriage in Hungary and some other East European Member States of the EU is a new phenomenon, expressing reactionary attitudes toward LGBT rights and fundamental rights in general.

One might think that if there is no a long-standing constitutional heritage, conventional morality encompassing certain sexual traditions is worthy of constitutional protection. One might also think that moral attitudes about sexuality have been shaped by religious beliefs about sin and sex over the centuries. Yet, it is very difficult to speak of “conventional morality” or “Christian culture” as if these sources determine right and wrong sexual behavior or a fixed, monolithic meaning of marriage and family. Moral convictions on sex, family and marriage have been, and remain, complex and diverse social arrangements, open to adaptation. For example, the majority of Hungarians are not in favor of the new constitutional provisions and reject the latest measures against the LGBT community as steps too far. Therefore, questions about the very nature of marriage and family cannot be settled by pointing out constant moral convictions.

Similarly, it would be a gross simplification to claim that early Christian beliefs or the teachings of Augustine and Thomas Aquinas are responsible for today’s restrictive attitudes about sex. From the very beginning, we find opposing religious groups and competing interpretations of the sacred texts.  Consider the Second Vatican Council. The diverse nature of Christian morality can be found embedded in its teaching. In 1962, Pope John XXIII convened the Council. His sweeping reforms were incorporated into the Declaration Dignitatis humanae, which recognizes the inviolable human rights based on the dignity of the human person and spells out that human dignity requires religious freedom. It claims that “constitutional limits should be set to the powers of government in order that there may be no encroachment on the rightful freedom of the person and of associations.” Pope John XXIII, suddenly and unexpectedly, died before the Council finished its work, which was then overseen by his successor, Paul VI. His encyclical Humanae vitae represents a view that the Council’s reforms went too far, and hence it does not accept the conclusions of the Birth Control Commission, established by his predecessor, that family planning and contraception were not inconsistent with Catholic doctrine. The encyclical allows sex between a man and a woman for procreation and within the institution of holy matrimony. It bans “artificial” birth control, all forms of contraception, assisted reproductive technologies for infertility treatment, and abortion, even for therapeutic reasons. While we find a complexity within the teaching of the Second Vatican Council, the Hungarian Constitution and its counterparts reject both the religious teachings and domestic secular traditions on freedom of conscience, equal human dignity, and constitutional limits of governmental power and instead just follow Paul VI. In that conception, the plea for religious freedom is first and foremost to provide the church and believers with an exemption from anti-discrimination laws.

Finally, what the Hungarian Constitution declares about sex, marriage, and family, are far from being essential elements of  the “constitutional identity of a nation.” Its constitutional terms are indeed virtually indistinguishable from those in the Bulgarian, Serbian, Polish, and Russian constitutions. In many other parts of the world, from Cambodia to Honduras and from Uganda to Paraguay, almost the same constitutional prohibitions can be found. At the same time, however, in Ireland, where the constitution was full of rules against sexual self-determination and equality, referendums and constitutional amendments removed the restrictions.

The current concept of “sovereign democracy,” declared in the Hungarian Constitution, was masterminded more than two decades ago by Vladislav Surkov, the chief ideologist of the Kremlin. Likewise, the idea of “national constitutional identity,” which builds on the idea of sovereign democracy, has been applied by the Russian Constitutional Court to distance itself from international law. Hungary follows Russia, where President Putin deployed constitutional institutions to help centralize and consolidate his autocratic power. In that model, the Constitutional Court plays a legitimizing role instead of fulfilling the task of final guardian of fundamental rights. Decisions of the constitutional justices, elected according to the will of the autocratic leader, contribute to the reinforcement of the regime. Of course, as every new idea has some sort of precedent or echo from the past, the theoretical origins of these legalistic techniques mobilizing the concept of identity and sovereignty can be found in the works of Carl Schmitt and others. So there are discriminatory conceptions that are common to the thoughts of Paul VI, Surkov, the Kremlin’s former “grey cardinal,” and Schmitt.

What we are witnessing here is not a dichotomy between the global and the national, as some would say. It is impossible to find national characteristics in discriminatory conceptions of sex, marriage, and family that are at least as global as their rivals.

Ultimately, not only the “pursuit of happiness” can be part of the human condition but also the pursuit of suppression. 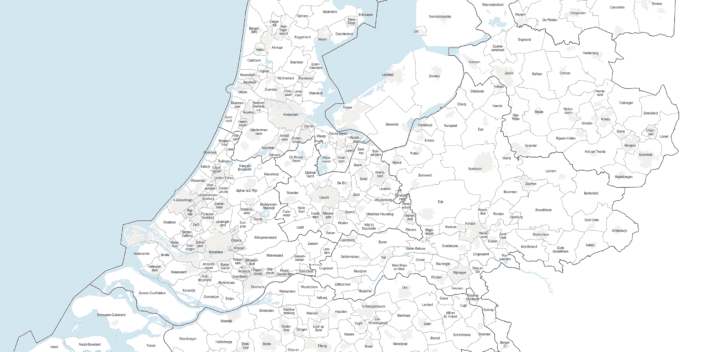 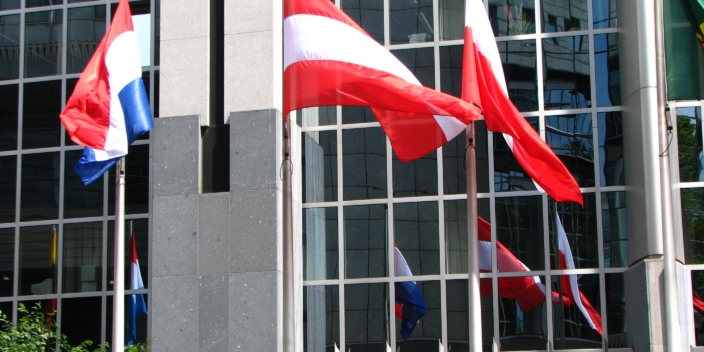