As Viktor Orbán secured his fourth supermajority, Hungary entered the group of autocracies where the elections are decided before reaching the election day. In a democracy, an incumbent’s victory reflects the decision of the people, to whom the incumbent is held accountable. In Hungary, which is the EU’s only full-blown autocracy, the victory reflects the decision of the autocrat, and his power to manipulate the electoral process to produce the result he wanted.

Electoral manipulation does not mean the majority didn’t vote for Orbán. Classic electoral fraud through falsifying the vote count was probably limited, thanks to the organized effort of civilians to ensure that opposition delegates were present in every polling station. If there was massive fraud, that could be related to the mail votes from abroad—many of which were delivered to and collected from the voters by Fidesz-related civic organizations. The opposition ballot papers that were found burned in Transylvania show but a fraction of the systemic sortation of the mail votes, over ninety percent of which have supported Fidesz in the last three elections.

The key to a manipulated election is, however, what happens before the voting. 2022 was not the first manipulated election in Hungary. After Fidesz won its first supermajority in 2010, they changed the electoral law unilaterally, only with the votes of government MPs. Gerrymandering, abolishing the second round of the election, and the introduction of institutions like winner compensation made it possible that, although Fidesz received eight percent less of the votes in 2014 than in 2010, it could retain supermajority in the parliament. Although the people turned away from the government, it was compensated by the incumbent changing the rules of the game—sabotaging the will of the electorate. Changing the rules has since become Fidesz’s modus operandi; the number of amendments to the electoral law is now in the hundreds, and the latest ones were adopted only months ago.

In the 2022 election, Fidesz seized 54 percent of the votes, resulting in 68 percent of seats in the parliament. Institutional bias of the electoral system serves to magnify the effect of Fidesz’s simple majority into a supermajority; the creation of the simple majority, on the other hand, was predicated upon the use of the full power of the state on the side of the government.

First, cash transfers amounting to ca. 3 percent of the GDP were helicoptered on the population in a single month before the election. Personal income tax refund to 1.9 million employees, an extra month pension to 2.5 million pensioners, six months’ pay to 70,000 members of the police and defense forces are just some of the items that contributed to an extraordinary budget deficit in February, many times higher than the election spending of all previous governments.

Second, pro-government forces spent eight times more on political ads than the opposition did, in what appears to have been a violation of the spending cap. And the government itself spent freely to boost Fidesz’s votes under the guise of public service announcements, and by scheduling a homophobic “child protection” referendum (a central Fidesz campaign theme) to coincide with the election. The government also gathered millions of email addresses at the time of the compulsory registration for the COVID vaccine, only to be used for distributing campaign materials before the election.

Third, public media worked as a propaganda machine. The basic strategy used this time was no different from what the OSCE reported before the 2018 election, when 61% of public media news coverage was about the government, 96% of that was positive in tone, and 82% of the coverage about the opposition was negative. Virtually no opposition politicians have been invited to the public media’s live political shows since 2018; all the public media granted was 5 minutes of time to each party that put up a national list to present their party platform. This was the only time Péter Márki-Zay, candidate for prime minister of the united opposition, could address the public on the public media.

The campaign messages spread by public and parastatal Fidesz media was a mixture of fake news and slander. Between 2017 and 2021, pro-government media lost 382 lawsuits for correction, mostly for smearing opposition figures. The ministry for propaganda doesn’t care for the correction that needs to be stated only once, after the smears are repeated for weeks in a dominated media environment. Fidesz-friendly media repeated ad nauseam that the opposition, if elected, would privatize healthcare, allow gender reassignment surgeries for pre-school children, and bring Hungary into the war in Ukraine.

The Russian invasion of Ukraine became a central topic of the Hungarian election campaign. Initially, the war seemed to be the first issue that really divided the Fidesz electorate: while the Fidesz voters had been conditioned with pro-Putin and Euroskeptic rhetoric for the past decade, the inflow of tens of thousands of refugees, among them Ukrainian-Hungarians, aroused sympathy. The government’s solution was to push a narrative based on the powerful mixture of fear and selfishness.

The frightening prospect of the war was projected into the “warmongering” opposition in a fear campaign, inducing mass hysteria. At the same time, Orbán communicated that Hungary “must stay out of the war,” Hungary has “never been involved in the debate about how many states the great Slavic sea to the east of us actually consists of,” and “Hungarian families will not pay the price of war,” meaning he will not support any proposal that would endanger gas supplies and the “utility price cuts” he introduced.

Orbán’s narrative exploits morally unconstrained collective egoism that is a hallmark of populism. While the NATO and all of its Eastern European members (except Hungary) support the ‘Ukrainian Patriotic War’, Fidesz voters are absolved from showing solidarity with the victims, and allowed to indulge themselves in openly asserted egoism. After all, we have been the victims since Trianon: everyone owes us, we do not owe anyone – the self-pity of the average Hungarian goes, whose individual selfishness is legitimized in a single collective “national” selfishness. The moral obligation to support Ukraine is further undermined by the public media spreading Kreml propaganda, and the denunciation of Volodymyr Zelensky. Already in the beginning of March, a quarter of the Fidesz voters blamed the Ukrainians for the conflict; by the end of the month, 43 percent of them opined that Russia’s aggression was justified.

The situation presents a unique challenge to the European Union. Orbán described his role in the EU as “the sand in the gears of the machinery, the stick caught in the spokes, the thorn in the flesh”; whereas his close and corrupt relationship to Putin’s Russia, an aggressive power poses a security risk to the EU. The elections and the fact that Orbán is able to keep himself in power are not just a domestic matter. The question of what the EU can and should do against autocratic tendencies in the member states is more pressing than ever.

The responsibility of the opposition

Electoral manipulation in Hungary has not reached the same level as in Russia: political parties are not banned, their formation is not bureaucratically hindered, candidates with the proper number of recommendations are not thwarted (sometimes with physical violence) in running, polling district delegates do not actively manipulate the ballot. While the playing field was wildly uneven, the opposition had a certain room of maneuvering. But even the straitjacket was too loose for them: the number of opposition votes shrunk by one-third compared to the previous election.

The opposition lacked a coherent anti-regime position, including strategy and language. “Who are we?,” “what do we fight for?,” and “who do we fight against?” are three questions that Orbán always answers to his voters; the opposition did not have consistent answers, and therefore no story of its own.

Now the opposition needs to prove the voters that it can change. It has to signal them that it will break with the system, as well as the last twelve years of unsuccessful opposition functioning. This must involve a radical rethinking of parliamentary work, the fragmented party structure, and the amortized political personnel. In high jump, too, there are only three attempts at a given height, after which unsuccessful competitors drop out. This automatism does not work in politics, although the retirement of the many opposition figures who have already passed their three attempts at the political high jump would also have a significant symbolic message.

The opposition is also responsible for Orbán’s renewed supermajority. It will be their responsibility to draw the consequences. 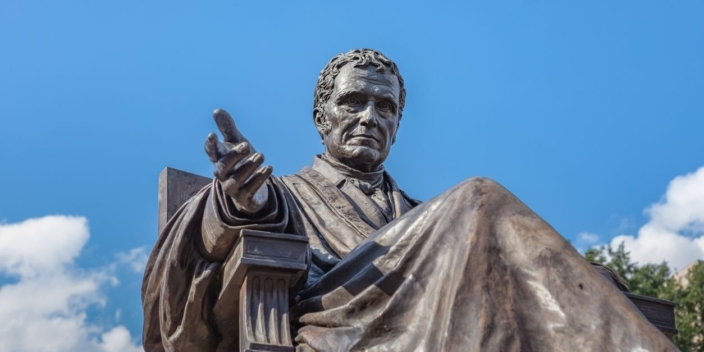